" Philosophy teaches us to doubt what we think is obvious. Propaganda, on the contrary, teaches us to accept for obvious what it would be reasonable to doubt." Aldous Huxley


"A Peoples Vote would truly allow us all, one way or another, to be done with Brexit. Everyone should have the final say now that we know so much more about what Brexit means." Patrick Stewart

Boris Johnson and company are counting on Brexit fatigue "Get Brexit done" but that, of course, is misleading, because Brexit is not a instant thing, it's a long process of years and years of tedious and needless negotiations, done from a point of weakness, to get a deal less good than we have as a member. The fastest and best track is to Remain.


"The truth is incontrovertible. Malice may attack it, ignorance may deride it, but in the end, there it is." Winston Churchill


“..overreaction to terrorism poses a far greater threat to our security than the terrorists themselves” Yuval Noah Harari historian in his book ‘Homo Deus: A Brief History of Tomorrow’

“Live a good honorable life. Then when you get older and think back, you’ll be able to enjoy it a second time.” Dalai Lama


“Terrorists are like a fly that tries to destroy a china shop. The fly is so weak that it cannot budge even a single teacup. So it finds a bull, gets inside its ear and starts buzzing. The bull goes wild with fear and anger, and destroys the china shop. This is what happened in the Middle East in the last decade. Islamic fundamentalists could never have toppled Saddam Hussein by themselves. Instead they enraged the USA by the 9/11 attacks, and the USA destroyed the Middle Eastern china shop for them. Now they flourish in the wreckage.” Yuval Noah Harari in his book ‘Homo Deus: A Brief History of Tomorrow’


"How wonderful it is that nobody need wait a single moment before starting to improve the world." - Anne Frank

"If any question why we died, Tell them, because our fathers lied" Rudyard Kipling

"There are no strangers here; Only friends you haven’t yet met." Poet W.B Yeats


"Truth never damages a cause that is just" Mahatma Gandhi

"Historically, the most terrible things - war, genocide, and slavery - have resulted not from disobedience, but from obedience." Howard Zinn

"Everything we see hides another thing" Rene Magritte

“Change is the only constant in life.” Heraclitus

“Those who do not know history are doomed to repeat it.” Edmund Burke


“No matter how thin you slice it, there will always be two sides.” Spinoza

“The propagandist's purpose is to make one set of people forget that certain other sets of people are human.” Aldous Huxley


"A calm and humble life will bring more happiness than the pursuit of success and the constant restlessness that comes with it." Albert Einstein
Acta Diurna 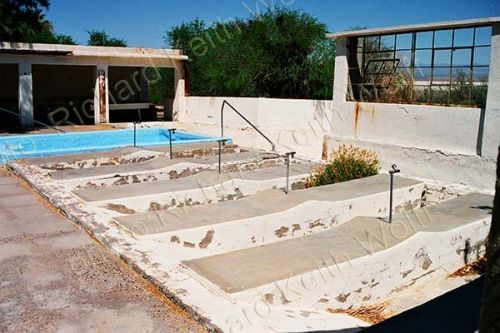